The Song Remains the Same – JJHOF Does Zeppelin

Jonny James and the Hall of Fames (the band that brought you “Dark Side of the Moon & Other Floydian Tales”) is back rocking harder than ever with “The Song Remains The Same,” a tribute to the greatest rock band of all time, Led Zeppelin, who was awarded a Kennedy Center Honor for their contribution to the music industry. For 10 years, Led Zeppelin dominated the US and the UK with their unforgettable guitar riffs, blues-inspired wails, and insane drum solos. Their music is some of the most loved in rock history. JJHOF will feature the greatest Zeppelin tunes including: “Black Dog,” “Heartbreaker,” “Whole Lotta Love,” “Immigrant Song” and of course, “Stairway to Heaven.” 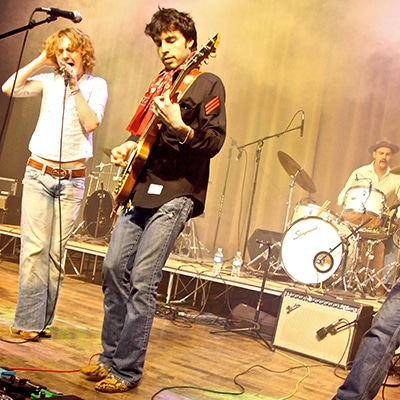