You’ve Got a Friend – A James Taylor Tribute

“Minnesota’s acoustic music master” (Jon Bream, Star Tribune) and Emmy Award-winning acoustic tunesmith, Michael Monroe, presents an evening of favorite tunes by folk/pop singer-songwriter James Taylor. “You’ve Got A Friend” is the first song Monroe sang professionally in ’72 at Asbury Park in NJ for 4,000 attending the music fest.  Expect to hear the best of James Taylor with songs like “Fire & Rain,” “Shower The People,” “Carolina On My Mind,” “Traffic Jam,” “September Grass,” “Terra Nova,” “Secret of Life,” “Blossom,” “Sunny Skies,” “Sweet Baby James,”  “October Road” and of course, “You’ve Got A Friend.” Taylor has always been a huge inspiration to Michael and a perfect fit for CDT’s Concert Series.

From vinyl to digital, Monroe is celebrating his 50th year performing acoustic music for his profession. He plays hand-crafted Seaton guitars which are “works of art” and made of 200 year-old reclaimed wood from the bottom of Lake Superior. His rich vocals and crystal/bamboo flutes showcase his signature mellifluous sound. Monroe has recorded 11 original albums and 6 more recorded from his popular CDT tributes shows Moonshadow – A Cat Stevens Tribute, I Dig Peter Paul & Mary and Folk Legends which feature folk-pop favorites by James Taylor, Cat Stevens, Joni Mitchell, Simon & Garfunkel, Gordon Lightfoot and more.

Monroe’s award winning instrumental soundtracks have been featured on PBS/CBC, Toronto Enviro/New York Indie Film Festivals in the documentary “Chased By The Light” presenting Jim Brandenburg’s stunning photography. For the past 15 years, Monroe has been presenting his music at his “Log Cabin Concerts” in his home with his manager/wife on the Grand Marais North Shore. They’ve also been featured on Jason Davis’ On The Road  on KSTP and in Cabin Life Magazine.

Noah Hoehn is known for his versatile and distinctive harmonica playing with his music being heard on NPR and MPR. His unique solo show featuring marimba, harmonica and Indian dhol drum has been featured on PBS’s “Minnesota Original.” The Minnesota native is also a three-time winner of the prestigious McKnight Fellowship for Performing Musicians. He continues to tour the country playing colleges and universities with his show. 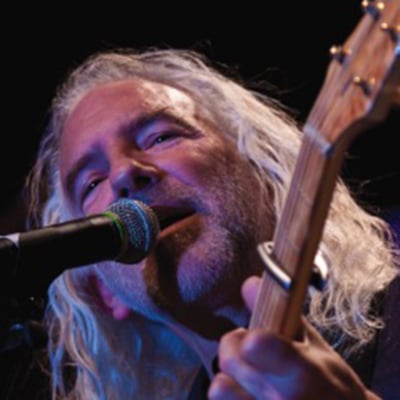