Chanhassen Dinner Theatres is very proud to present the final two nights of live performances by Minnesota’s own country rock legends, the Daisy Dillman Band. Ending an incredible 46-year run together, DDB brings their vaunted career and “Last Dance Tour” home to the Fireside Theatre – the very space they began in decades ago when it was the “Bronco Bar.” Feagan, Stymie and Pat Frederick are the original vocalists and founding members of DDB. Lush harmony, soaring melody, urgent lyricism and burning fiddle are their signature. It’s original country, rock and folk á la Laurel Canyon at its finest. Performing material from their national releases as well as recent new recordings, they will be joined by veteran sidemen Kenny Wilson and Dave Schmalenberger. The Daisy Dillman Band has achieved national recognition with Billboard charting singles and LP releases with RCA, United Artists and MCA Records. They are multiple Minnesota Music Award-winners and are in both the Minnesota Music Hall of Fame as well as Minnesota Country Music Hall of Fame. The Daisy Dillman Band… one last time. 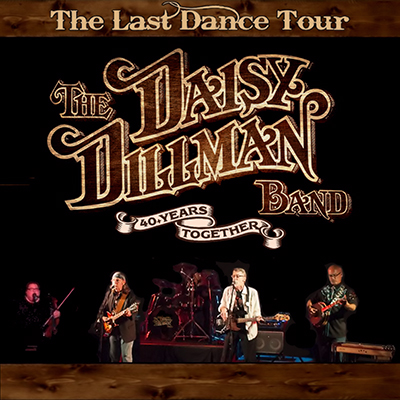