Christmas With a Whole Lotta Soul

Sometimes it happens when you’re looking through an old family photo album. Other times the thought may come with the smell of a tasty treat baking in the oven. Or maybe it comes later, during the act of hanging an ornament on a tree. But something will eventually trigger the words, “OK, now it feels like Christmas.”

Ginger Commodore and friends brings you a program of Christmas classics and originals, remixed and reframed as R&B, soul, funk and gospel – Christmas…With a Whole Lot of Soul!  Classic holiday tunes like “Have Yourself A Merry Little Christmas,” “My Favorite Things,” “This Christmas,” “Mary, Did You Know?,” “Let It Snow” and more!  Plus some band originals laced with R&B stylings, jazz riffs and gospel harmonies.

Ginger Commodore is a Midwest music scene veteran – she began her performing as a long-time member of the Grammy Award-winning Sounds of Blackness, touring across the United States.  She was last on Chanhassen Dinner Theatres’ Main Stage starring as “Motormouth Maybelle” in 2012’s Hairspray and the Concert Series in Night of Wonder – The Music of Stevie Wonder and Hot Buttered Classic Soul.  She has also been seen at the Dakota, Penumbra Theatre, Minnesota Opera Company, Minnesota Pops Orchestra, Mixed Blood Theatre, Children’s Theatre Company, Hey City Theater, Park Square Theater and with the jazz group Moore By Four. 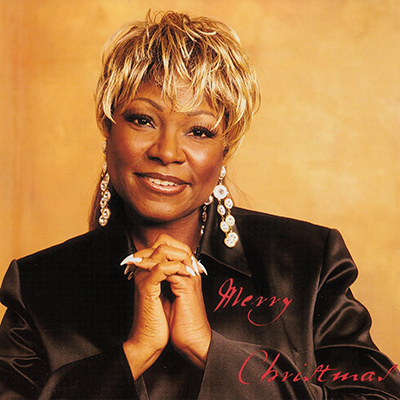