Not quite like the other shows in CDT’s Concert Series – this is a special presentation by someone still in “the band!”  Long-standing drummer of The Lovin’ Spoonful, Mike Arturi, presents a unique look at the importance of The Lovin’ Spoonful and their ability to bring a wide variety of American music styles to the forefront of public awareness as a result of their incredible fame in the mid 1960’s. Styles including American railroad songs, folk, delta blues, jug band music, original ‘50s era Rock ‘N’ Roll and more are all ingredients that went into the sound and spirit of The Lovin’ Spoonful.

The first set consists of a spoken “story time” presentation filled with insider info and accompanied by visuals and music samples, followed in the 2nd set by a live concert with Mike’s band ‘A Spoonful of Love.’ Enjoy all the hits, deep album cuts and music that influenced the Spoonful like “Do You Believe in Magic,” “Summer in the City,” “What a Day for a Daydream,” as well as music the group went on to influence. Great stories are also shared from Mike’s unique perspective about this Rock and Roll Hall of Fame band.  Don’t miss this one-of-a-kind event! 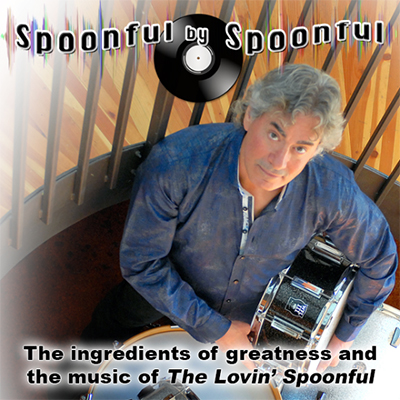