Local theatre and music icon and three-time Grammy Award-winner, Jamecia Bennett, makes her CDT debut with The Evolution of Music! This show will feature her favorite jazz and blues classics, several originals from her album, and pop-urban hits that illustrate the continuing influence of the blues on contemporary music.

Bennett has sung backup vocals for legends like Stevie Wonder, Prince, Janet Jackson, Sting, Rod Stewart, Aretha Franklin, Patti LaBelle, Lionel Richie, Elton John, Eryka Badu, CeeLo Green, Jennifer Holliday, Jazmine Sullivan, Luther Vandross & more. She is an NAACP Image Award winner with Sounds of Blackness, the internationally acclaimed group for which she is the lead vocalist. Bennett is the Ordway Theater’s resident artist for the 2020, 2021 and 2022 Broadway at the Ordway seasons.  She is a member of the Penumbra Theatre and the New Dawn Theatre, and a Park Square Theatre favorite for her portrayal of Sister Rosetta Tharpe in Marie and Rosetta.

“Bennett has the personality, pizazz and powerful pipes to fill an arena”
– Star Tribune 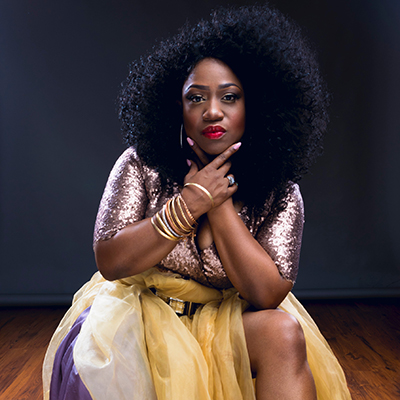