Collective Unconscious presents Simon and Garfunkel’s “Bridge Over Troubled Water” in its entirety to honor this groundbreaking album.  We drop the needle on S&G’s last record as a duo.  Complete with strings and horns, it’s a true sonic representation of the original arrangements down to the last meticulous detail.  You do not want to miss this!

Past Jeff Engholm/Collective Unconscious tributes at CDT include those to Crosby, Stills, Nash and Young, Paul McCartney and Wings, the Beach Boys and more. Jeff is also a headliner in the popular Fleetwood Mac tribute, “Rumours & Dreams.”

“‘Bridge Over Troubled Water’ generates a unique set of feelings in us. The lyrics are so visual: taking the album down and placing it on the record player (the only real way to listen to BOTW) is like paging through a childhood photo album long lost. The record is simultaneously somber and joyous, deep and light. It’s only now, looking back across some 50 years that we get a sense of the placeholder in time that was BOTW. Released as it was in 1970, BOTW truly served as a marker between the decades, a nod to the ideals and folksy simplicity of the ’60s mixed with the global complexities and inward thinking that was to dominate the decade to come. BOTW was a balm in a confusing time and remains so today.” -Collective Unconscious

Hear songs including “Mrs. Robinson,” “Scarborough Fair,” “Kathy’s Song,” “Bye Bye Love,” “Sounds of Silence,” “El Condor Pasa,” “Me and Julio Down by the Schoolyard,” “Sky,” “The Boxer,” “At the Zoo,” “Kodachrome,” “Cecilia” and “Bridge Over Troubled Water.” 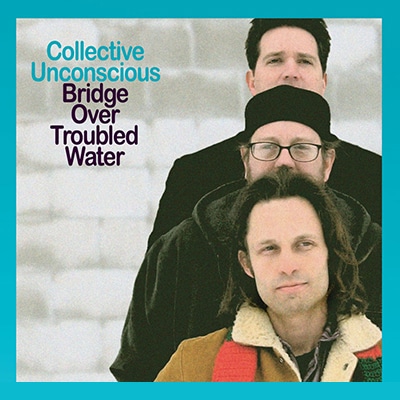