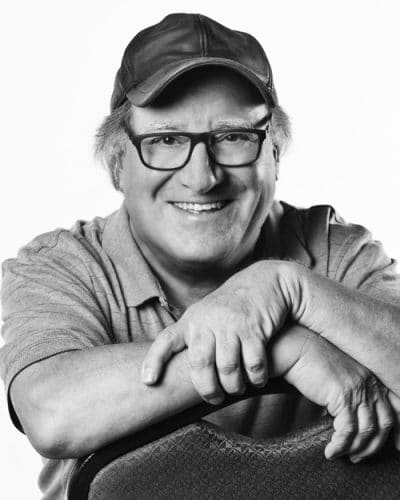 Michael Brindisi happily celebrated his 30th year as Resident Artistic Director for Chanhassen Dinner Theatres in 2018; however, he has been affiliated with CDT since 1971 when he first appeared on stage here in The Matchmaker. In addition, Mr. Brindisi is proud to serve on the CDT ownership team (established in 2010).

While he continues at the artistic helm, he adds the title of president to his “credits,” seeing and responding to daily operations. (On your visit, you might see him walking through the dining room, holding a door for a guest, taste-testing a new menu item or assisting where an extra pair of hands is needed.) He directed his first CDT production, Private Lives, in ‘88. Since then, Mr. Brindisi has well over 100 Chanhassen productions to his credit.

He previously spent several years in freelance directing, overseeing 40 productions in seven consecutive seasons of summer stock; three as Artistic Director of Bemidji’s Paul Bunyan Playhouse and four with Minnesota Festival Theatre. He directed The Two-Character Play and Translations for Actors Theatre of St. Paul and Once in a Lifetime for Theatre in the Round. Other directing credits include The Beauty Part, The Robber Bridegroom, and Twigs for Chimera Theatre and a Minnesota Music Theatre summer stock series with Winona St. Mary’s. Prior to directing, Mr. Brindisi enjoyed a successful acting career. CDT productions include: Annie Get Your Gun, What the Butler Saw, Loot, The Robber Bridegroom, My Fair Lady and his favorite production, Fiddler on the Roof (appearing in 1978, 1987 and 2013 productions).

He performed the role of Kenickie in the national tour of Grease and appeared in the Broadway revival of Once in a Lifetime with John Lithgow and Treat Williams. In 2002, he was a guest artist in the Ordway’s production of Anything Goes with Sandy Duncan and in Singin’ in the Rain. He was honored by the Rodgers & Hammerstein Organization to co-develop and direct the World Premiere of Irving Berlin’s Easter Parade, which debuted on CDT’s Main Stage in 2007. When able, he takes time to guest direct locally and around the country. Some credits include: You’re A Good Man, Charlie Brown and A Grand Night for Singing at the Ordway; and Grease and Hair at the Historic Pantages Theatre. He had the unique pleasure of directing Elmo, Big Bird and friends in the Sesame Street Live national tour of Can’t Stop Singing. On a personal note, life in the theatre is a family affair.